What is Google Play

Here Comes Google Play
As a company which has a corporate name that has entered the global lexicon as a verb that denotes performing a web search, Google has become ubiquitous in today’s technology-driven lifestyles. Google has grown rapidly to become an Internet behemoth, now valued at $169.92 billion. In its quest to systematize the world’s information so that it becomes accessible to everyone, the company recently rolled out Google Play. 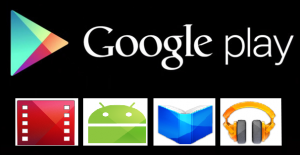 Google Play is a New Experience
Google has created the definitive digital entertainment hub in Google Play. This service provides seamless access to books, music, movies, apps and games using the web, Android devices and Google TV. Free and paid content can be downloaded using any of these three platforms. Content is immediately accessible on Web and mobile devices as they are constantly synced.

Google Play will centralize favorite digital content for Android and web users, eventually becoming the one-stop shop for all things digital. Google has ensured a smooth transition for subscribers of the Android Market and Google Music services. Existing apps, music and eBooks in members’ accounts will automatically transfer to Google Play. The Android Market icon will be replaced with a Google Play icon on Android devices.

Google Play Strengthens the Brand
Google honchos considered the Android Market name too restrictive to their efforts to provide an all-encompassing service to a wider market. Rebranding various services into Google Play will emphasize that digital content through Google is accessible through traditional browsers as well as Android devices. All content is stored in Google’s cloud, minimizing gadget storage issues.

Google Play versus iTunes
In essence, Google Play is a conglomeration of previously fragmented Google services into a comprehensive hub, much like Apple’s iTunes Stores that are already established as the source for books, movies, music and apps.

Google Play account holders will pretty much have access to the same services and content that were previously available under the Android Market, Google Marketplace, Google Music and eBooks. Integrating the content in one place will make it easier to access through an Android device or on the web at http://play.google.com (or the “Play” button in the navigation bar).

Google Play on the Nav Bar
Google has co-opted prime real estate on its navigation bar to entice Google users into the Play ecosystem. To make the placement even more prominent, the Play button is tagged with NEW for further emphasis, perhaps as an indication that the company is serious about boosting user interest.

Google Play Products
While Google began the roll out of its new service in early March, not all products are available in all locations at the moment.

As with the Android Market, free apps are available worldwide on Google Play. Paid apps can be accessed in 129 countries only. Available titles exceed the 450,000 mark as of current reports. App reviews in Google Play are now sortable by device and title.

Movies are currently available for rent in the United States, Canada, United Kingdom and Japan. Movies can be viewed online, downloaded on an Android device or saved and viewed later by utilizing the Google Play Movie app. Rumors are rife that Google will use Play to sell movies to Android users.

Google Play’s library of eBooks are currently available in the US, Canada, United Kingdom and Japan. About three million titles are free while thousands are in the pay-per-pay list. The eBooks can be perused offline using the Android app or online on the Play page.

As for music, Google has a large catalog of songs, thousands of which are free to download while the rest can be purchased for minimal fees. As a bonus, Play users can still store 20,000 of their songs in their account at no extra charge.

Google Play is expected to boost Google+, the company’s social network as it becomes easier to share favorites within member circles. In more ways than one, Play is looking like a marketing blockbuster.